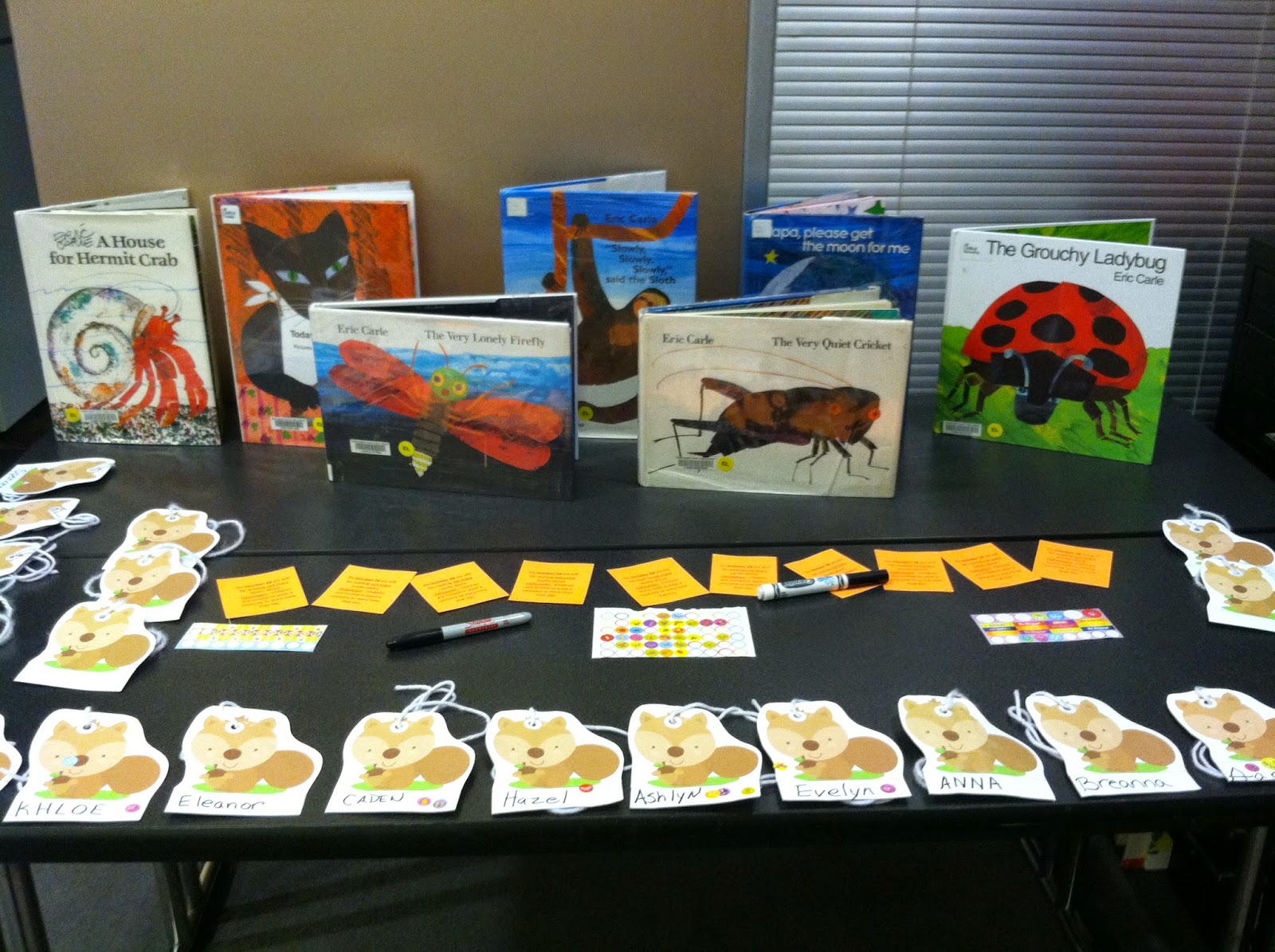 We featured the letter C since to find most of Eric Carle's books you need to look in the C's under Carle.  Sadly, none of the kids could recognize the letter C!  So, we talked about it a little longer and the sound that the letter C makes. 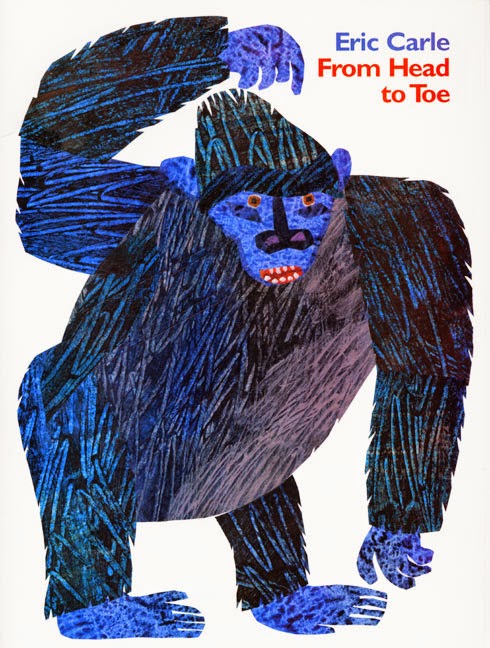 Our first book was From head to toe.  I originally was not going to start with this one, but we had a few wiggly kids, so I was hoping this might help get the wiggles out.  I love this story as it gets the kids up and moving as you read.  I have used it with a variety of themes, but since they get to participate it never gets old.  (Plus, I work with toddlers who love to repeat the same thing over.)
We followed our story up with Singing in the rain by Carole Peterson.  This is a good dancing song.  It is a  lot like Dr. Jean's Tooty-ta if you have ever heard that one.

The second book we read was the 40th anniversary pop-up edition of The Very hungry caterpillar.  This book is mesmerizing (though I should admit I have an affinity for pop-ups).  It worked very well in story time, which is not true of many pop-ups.  And, it is different, so even if they had heard the story before this is an alternate way to present it.  (They all claimed to have never heard it before, but one of the kids in this group was MINE, so I know that not all of them were telling the truth!)

After our second story we did another song by Carole Peterson as we danced to the Shaker Hop.  This song goes to the tune of the bunny hop, but the kids each have a shaker that they put in, out, and hop with.  There is a spot where music plays with no directions and while sometimes it is fun to free dance I have found that many kids will just stand there unless I tell them what to do.  So, we make our shakers go high, low, on our head etc. whatever I feel like having them do.

For this week's flannel I made a version of The Mixed up chameleon.  I threw this one together a little last minute (never be afraid of making a flannel, once you have done a few you can pull off one with lots of pieces like this in under 2 hours!)  The story itself may be a little long (by toddler standards) but with the different colors and items being added they could participate by calling out what color the chameleon had turned.
We ended with a quick reading of the Artist who painted a blue horse.  Normally I would just have moved on to a song, but we had a great crowd of kids who were sitting very nicely so we read the book and I introduced the craft where they were going to free paint.  We talked about how in art you can make something look however you want. 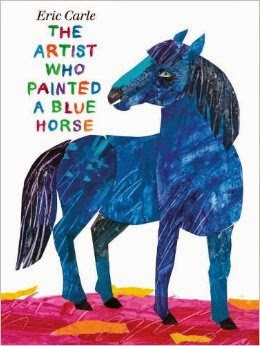 We have been ending every week with the Banana song (B-Bananas, again by Carole Peterson).  This is a camp type chant where the kids will 'be' a banana, 'peel' bananas, 'eat' bananas, and 'go' bananas.  It has become a favorite with all my groups.  Several preschoolers ask for it as soon as they see me.

Storytime ends with playtime where the kids can play with age appropriate toys as well as do crafts and activities that I put out.  Many will do the crafts, though on paint days I have noticed many will just play.  We did provide t-shirts for the kids to put over their clothes. 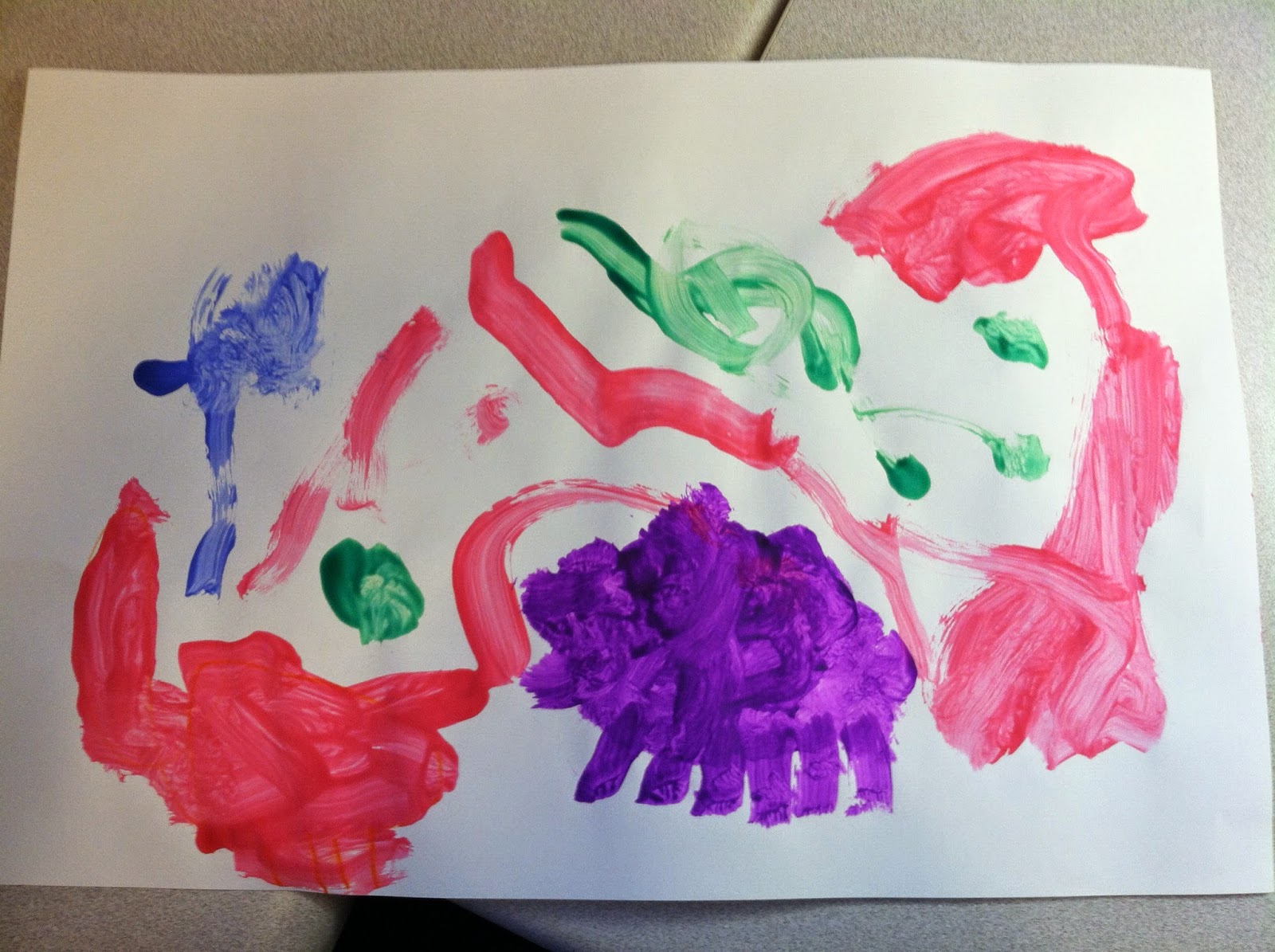 As part of play time I decided to put out a few literacy activities that I have from other programs.  There is a sheet my co-worker found where the kids fill in the missing alphabet letters.  I had found road letters on Pinterest and printed them out for a different program, so I put a few out with some cars to give parents ideas of things that they can do at home to build literacy skills. 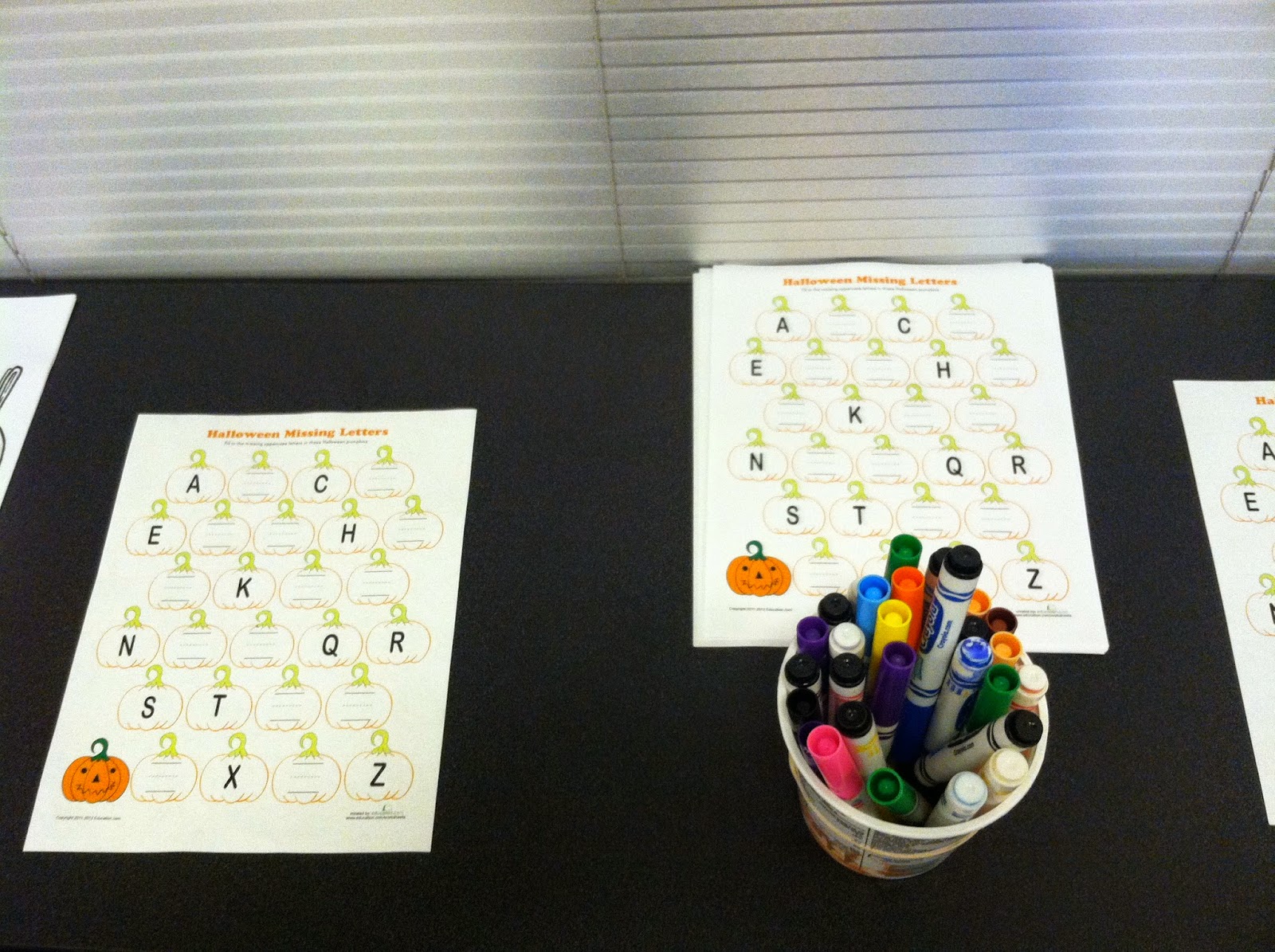 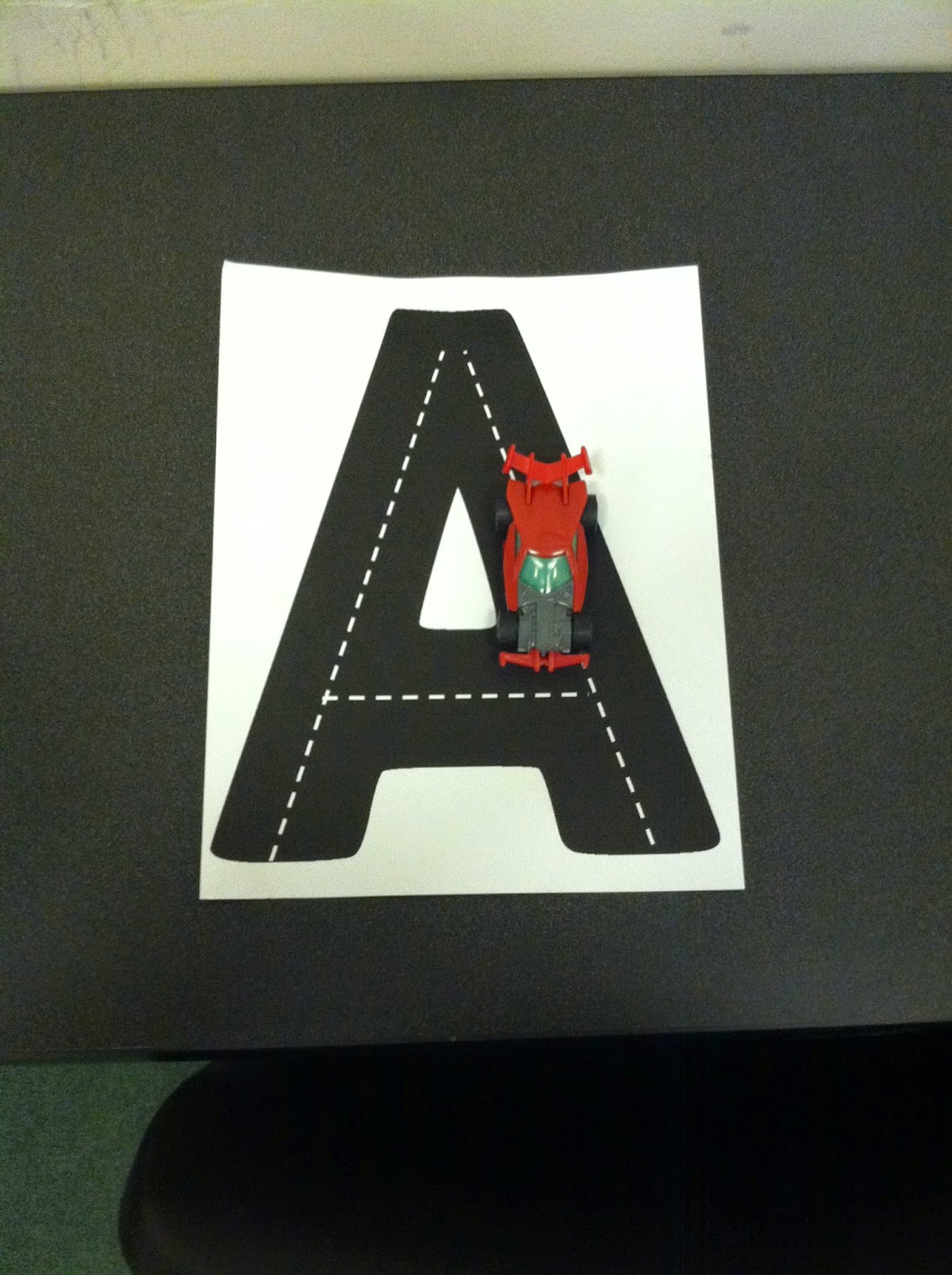