Ever since I heard the song The Fox (what does the fox say?) by Ylvis I knew it would make for good fun in story time.  Kids love animal sounds and that song has a lot of them.  Then, the picture book came out and I knew it was time.  So, a few weeks ago we did a Fox themed story time. 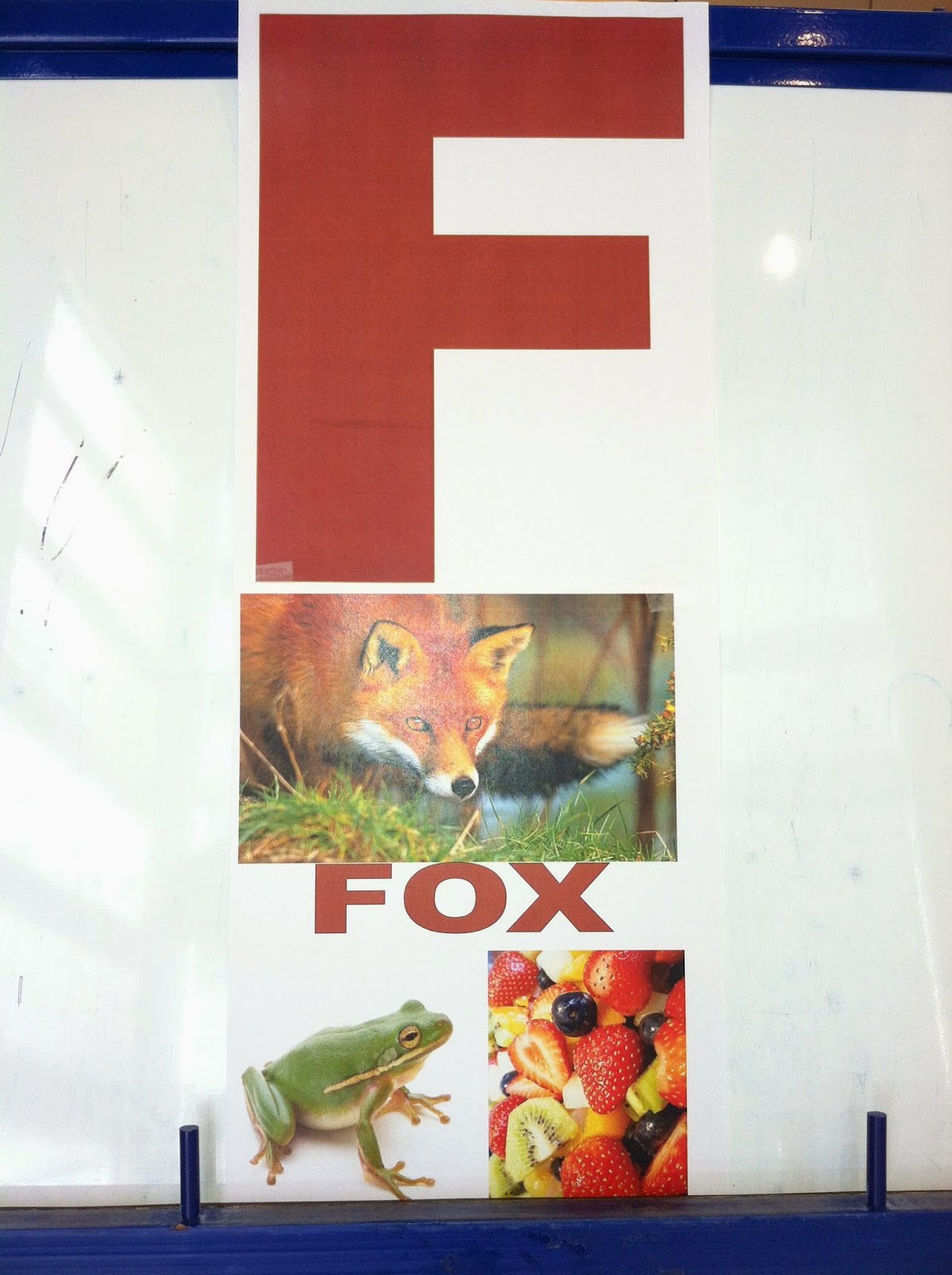 I will say, it was hard to find lots of books with nice foxes.  There were a few, but most were too long for my toddlers.  I decided not to worry about how the fox was portrayed, just like in real life not everyone is nice. 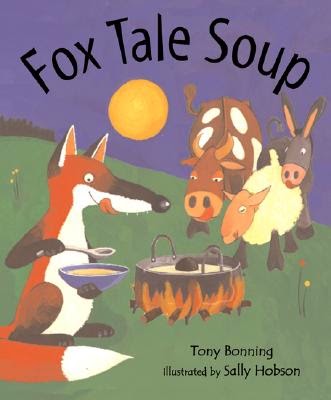 Our first story was Fox tale soup by Tony Bonning.  This is a re-telling of the classic tale Stone soup featuring a travelling fox who stops by a barnyard looking for something to eat.  When none of the animals offer up food he asks for some water and finds a stone to make stone soup.  Soon, the curious animals are rushing off to find things to add to the soup until the fox has a nice vegetable soup brewing.  I think the overall point of this story was a little lost on my toddler crowd, but the text was simple enough that it was not too long, so they probably thought it was a nice story about soup!

After reading Fox tale soup we did Sue Schnitzer's song All the fish.  This song has lots of animal movements with a fun 'Splash!' at the end of each verse. 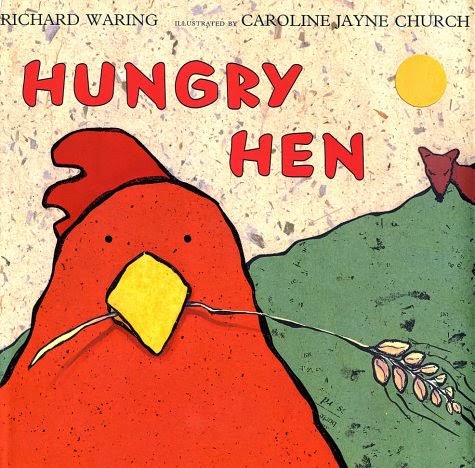 The next book we read was Richard Waring's Hungry hen.  The fox in this book has his eye on a hen who lives at the farm on the hill below him.  But, each day as he watches the hen eats he decides he should wait a little longer for the hen to get bigger.  As the hen grows bigger the fox grows slimmer and weaker.  When he finally decides to make his move, the poor fox is so weak that he is in for a surprise!

We followed Hungry hen with Johnette Downing's song Scarves up, down, and around.  The kids had fun waving the scarves as well as throwing them into the air and trying to catch them. 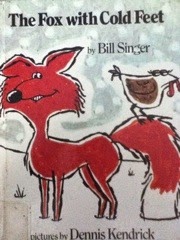 Our last story was a flannel version of the book The fox with cold feet by Bill Singer.  I found an adaptation on the Storytiming blog and you can see that version here.  In this story fox is looking for some boots to warm his cold feet.  Unfortunately for fox, he has never seen a pair of boots before.  So, other animals dupe him into doing tasks for him in exchange for 'boots.'  Soon, fox is wearing a nest, a pail, earmuffs, and a scarf on his feet.  It doesn't take him long to determine that boots hurt!  Kicking them off fox decides boots aren't for him after all.

Of course, we could not end story time without doing something with the song The Fox (what does the fox say?).  I made a quick flannel using clip art of all the animals mentioned in the first verse of the song.  As I put them up, I would say 'dog says____' and the kids would shout out the sound that the animals made.  They loved this and got louder and more animated as we went.  Once all the animals were up I looked at the kids and said 'but what does the fox say?'  I was met with blank stares and silence.  It was fairly amusing.  Finally, one kid (mine) shout out 'AAAARRRROOOOO.'  Like one part of the song. 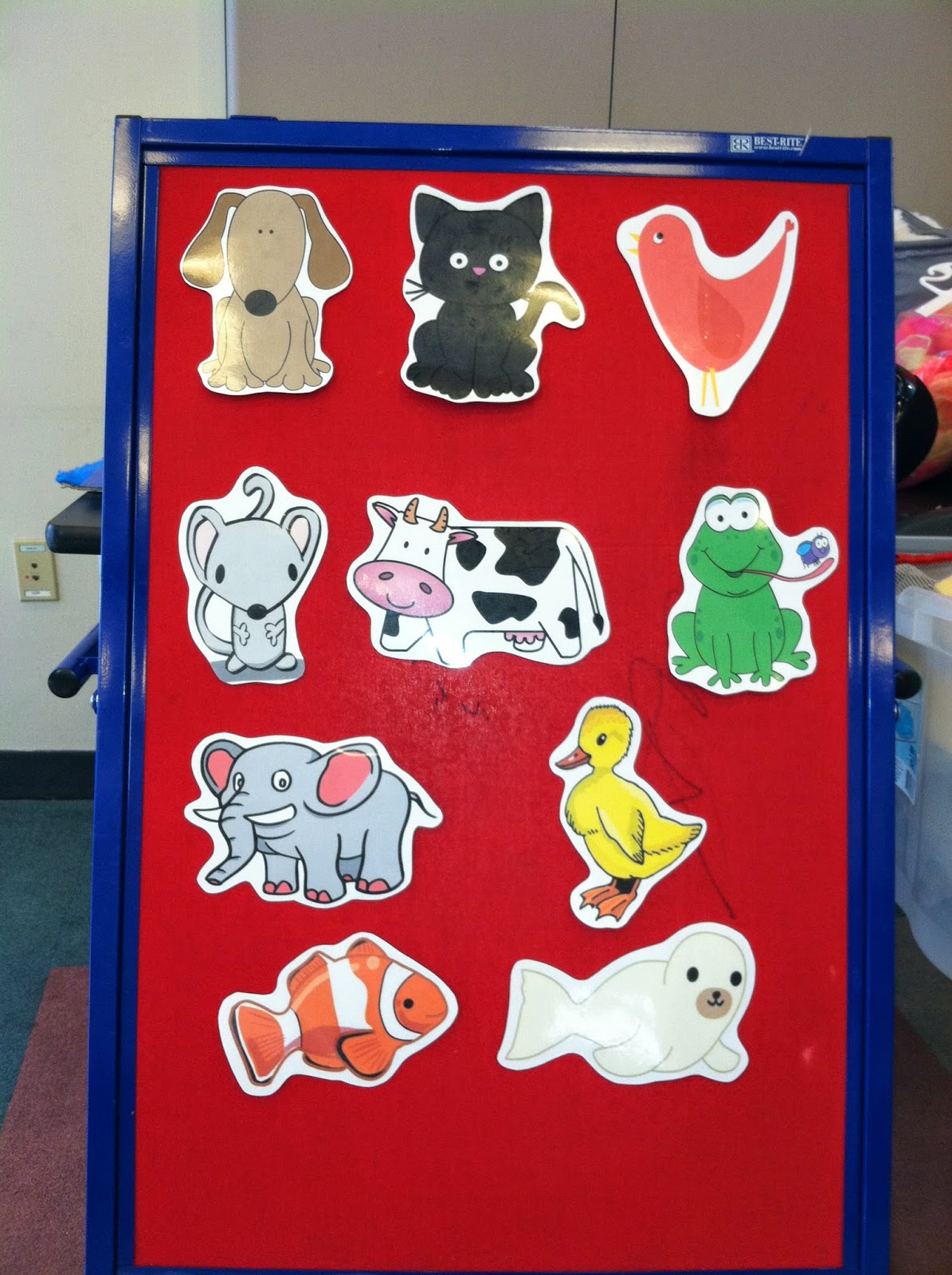 After that flannel board I played the Kidz Bop version of The Fox (what does the fox say?) and they all danced around while I pulled out the parachute.  We ended story time with some parachute play, which the kids loved.  I put some scarves in to bounce around.  I had planned on using stuffed animals from the song, but they seemed too heavy.  I thought about using the flannel board, but since it was cardstock I was worried a child might end up with a paper cut.  Really, they did not care about bouncing things out, they just wanted the adults to make it a 'tent' over their heads. 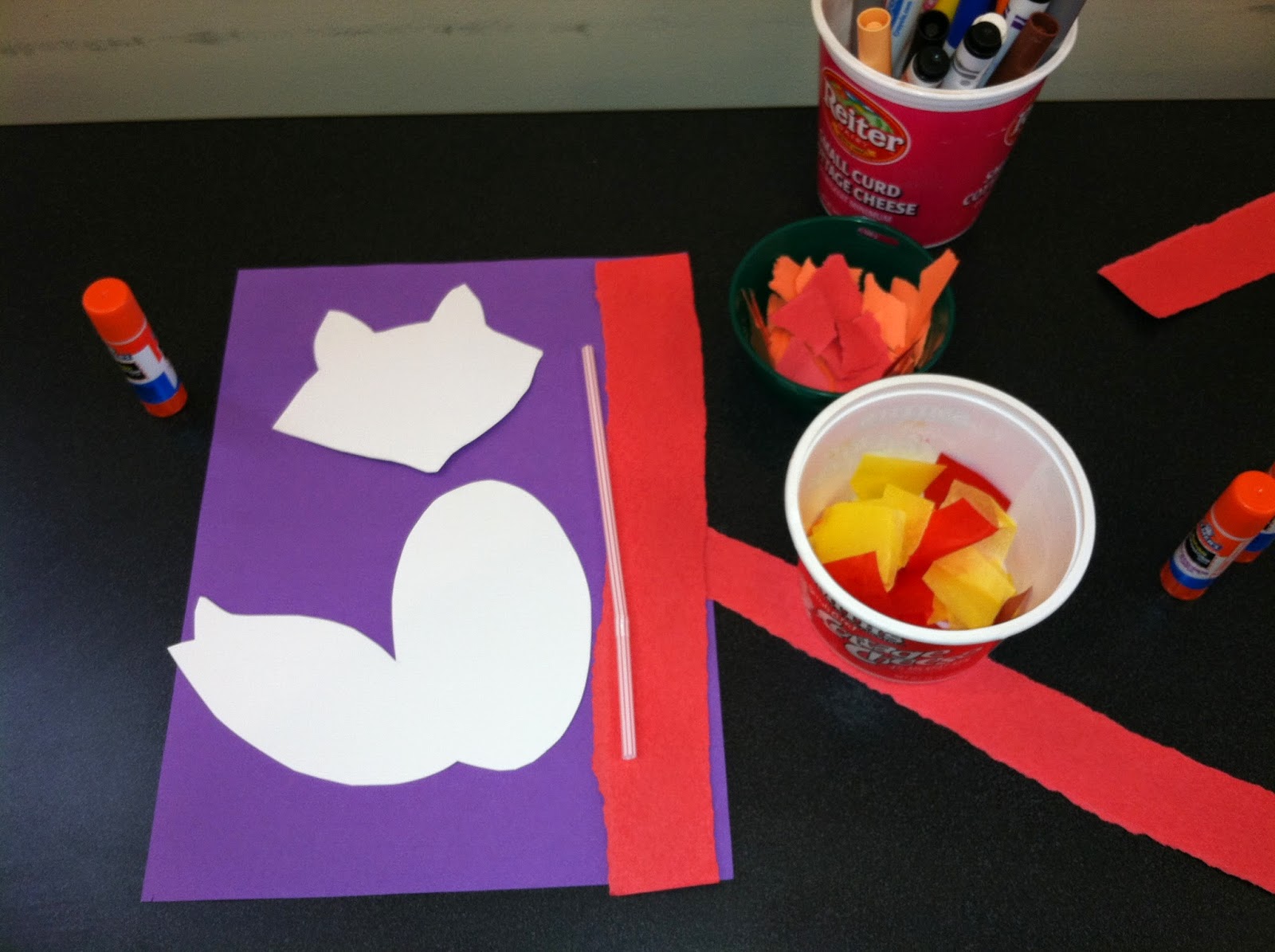 Our craft was a tissue paper and torn paper fox that I found via Pinterest.  We gave the kids watered down paint and a straw to make the tree and they decorated a fox head and body cut out that they then glued to the paper.
Posted by Sarah at 3:20 PM

Email ThisBlogThis!Share to TwitterShare to FacebookShare to Pinterest
Labels: 2's and 3's, fox