Flannel Friday: Five in the Bed 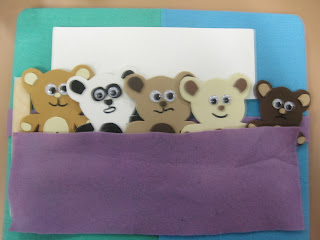 Last week we did a sick theme in story time so we sang the song:
There were five in the bed and the little one said 'roll over, roll over.'
So they all rolled over and one fell out!

There was one in the bed and that little one said 'I'm lonely.'
So they all got back in and fell fast asleep!

The first time I did this I just pulled the bears off of the board, but that was no fun because then they were 'falling out' from the middle of the bed.  So, I decided to try and rig it so that they would fall out. 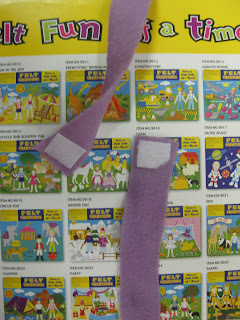 I took a strip of felt and made sure that it was long enough to wrap around the flannel board.  It does not have to be really tight, you need to be able to make it move - plus, the felt stretches after a few uses.  I put velcro at the end to better help hold it together.  You place the bears on this strip so that as you sing you can pull the strip and they 'roll over.' 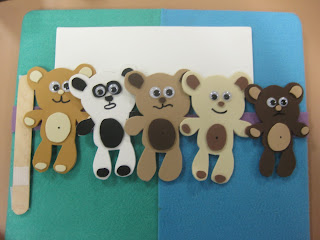 Then, I placed a craft stick at one end hoping that once they would get to the stick and it would separate the velcro from the flannel and they would pop off. 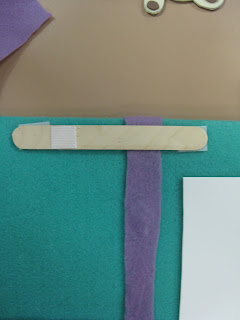 The bears did not 'pop' quite as well as I wanted.  It usually worked for the first one and the rest just bunched up and I had to pull them off.  So, if you have any ideas to make it work better, let me know.  Maybe felt bears with no velcro?  But then they may not move well...  Either way, they at least move to the edge of the bed :). 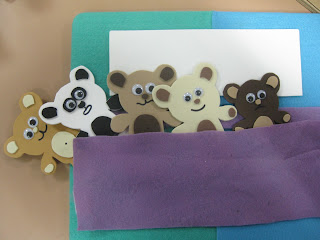