Underwear in the library!

I finally did it, an entire story time dedicated to Underwear!  It was a lot of fun too.  I was a bit worried about offending some people, but all of the parents seemed to enjoy the humor of our theme as opposed to being offended.  We featured the rarely used letter U for Underpants.  I was impressed with my little toddlers as they came up with words like Umbrella, Up, and Underwear.  Once our theme was announced I told them that there was a very important rule, we NEVER show ANYONE our underpants.  Of course they were welcome to tell me if they did wear underpants, which many were excited to share.  I also took the opportunity to plug our collection materials for potty training for anyone who might be interested in wearing underpants. 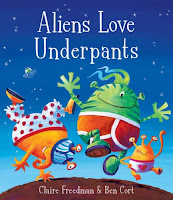 The first book that we read was Aliens love underpants by Claire Freedman.  This is a cute book about why your underpants may go missing - aliens like to take them!  The story is told in rhyme, though sometimes it is a bit stretched.  The whimsical illustrations are very colorful and feature aliens doing all kinds of silly things with the underpants.  One great feature of this book is its end papers (any KSU alums out there?).  There are all sorts of colorful undies to look at on the end pages of this book.  That in itself was a fun thing for the kids.  This author also has a book titled Dinosaurs love underpants, which is just as silly, but ends with the dinosaurs killing each other in a war over underpants - good for the cavemen, not for story time. 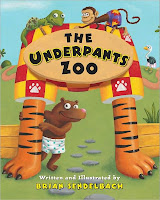 Our second book was Brian Sendelbach's The underpants zoo.  Another cute book with rhyming text, this one features a zoo where all of the animals wear underpants.  I like this silly story that features lions, elephants, and monkeys in colorful underpants.  A favorite was the crocodile in pink frilly undies and the penguins wearing icicle laden boxers. 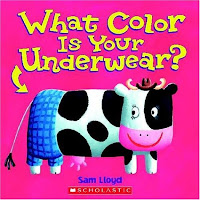 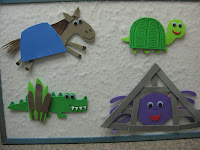 The final underpants story was What color is your underwear by Sam Lloyd.  This a a fun lift-the-flap book, but I turned it into a flannel board.  The book would be great on its own, but with the toddlers I have found flannel boards are a big hit and this book lent well to that.  I did have to preface this book with another rule: we never ask people what color their underwear is.  But, since our story has animals, it is ok.  So, then I had all of the kids help me ask each animal, 'what color is your underwear?'  Then they would tell me the color.  The best part was the confused faces at the end when the elephants forgot to put his underwear on!  You can read more about the flannel board here.

Since there are really no good songs about underpants that I can use in story time, we just did some favorites and silly songs.  We sang Row, row, row by the Old town school of folk music.  This is a great re-make of the classic where the kids row, twist, bounce, rock, and tickle in their boats.

We re-visted The Wiggles' Shake your sillies out from a few weeks ago.  Kids don't mind repeating, especially when they get to use the shaker eggs.

Our final song was Sue Schnitzer's All the fish.  This is a fun song with various water creatures and each verse ends with a literal 'splash!'  One adorable little boy burst into giggles and jumped with each splash. 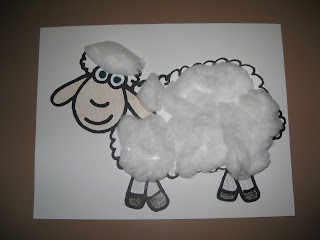 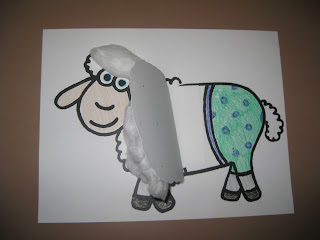 This week's craft was a cute peek-a-underpants sheep that I found.  The original craft can be found here at librarianmade.com.  There was no template that I could find, so I made my own sheep.  Here are the pictures, you may be able enlarge it to use. 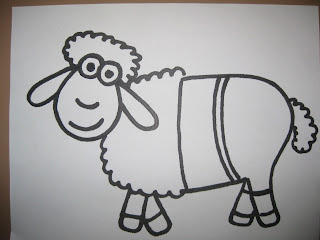 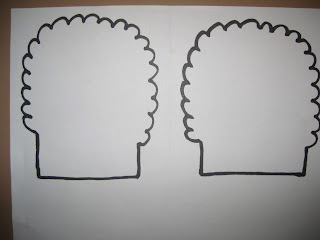